According to the Global Burden of Diseases report, 9.6 million people died due to various forms of cancer in the year 2017. Get the facts on cancer symptoms, treatments, and recovery .

Cancer is the second leading cause of death after cardiovascular diseases. Every sixth person in the world dies due to cancer. One of the most affected countries is the higher-income countries like the United States and Canada.

How does Cancer Start in Our Body?

Not every tumor is cancerous!

Benign tumors are not life-threatening and do not spread. It remains in the organ where it is, and from there it is removed through surgery.

Malignant tumors are blunt. They also attack their nearby organs and take them under their control.

Their strength is so high that they separate from the tumor, and penetrate the blood, as a result of which cancer starts spreading to other organs of the body as well.

This process of spreading is called metastasis.

Out of various types of cancer, breast cancer is one of the prominent ones. After breast cancer comes, prostrate and colon & rectum cancer are the top three cancer forms.

Ayurvedic Treatment For Cold And Cough For Babies!
Benefits Of Drinking Water
How to Get Rid of Rheumatoid Arthritis Forever? 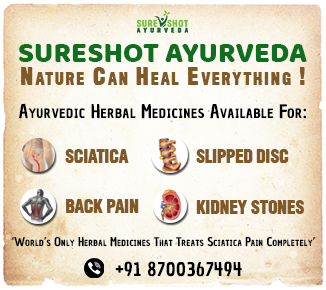 No matter what is the reason behind pain, when a person is going through that pain their mind just think about one thing, how to […]

The journey from being a baby to becoming an adult a lot of things changed in our system but our eyes remain the same. Some […]

Amla and Honey Together are Amazing For Overall Health

What is the Ideal Weight for Men and Women and How to Know Yours?

Instead of looking for insane body structures of celebrities, it is better to work on your mind and body health with diet and with some […]